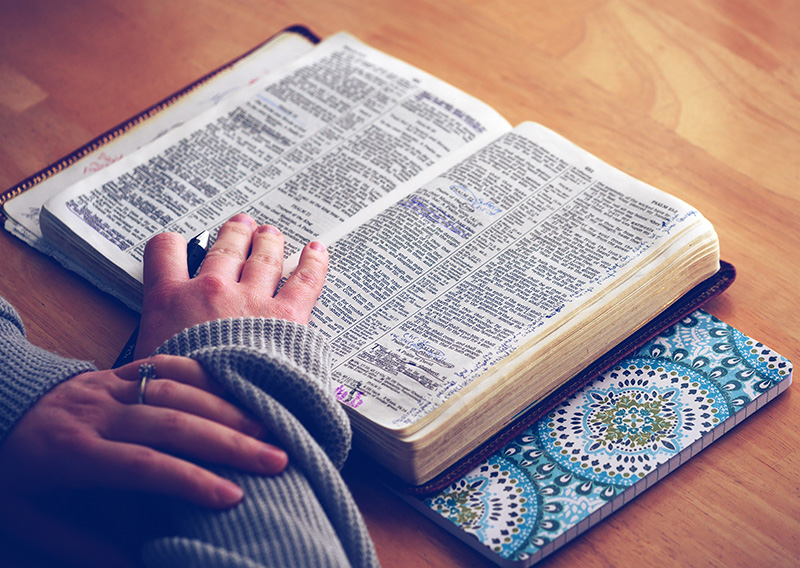 We all know the story of Jesus and Peter walking on the water. But do we see what a wild and weird story this is? On one level, it’s very simple: Jesus is God. He commands the wind and the wave. Jesus is Yahweh, the I AM WHO I AM (He says this, BTW, when the disciples are afraid and think He’s a ghost, He says literally not “it is I” but “I AM!” the first part of the divine Name).

But there are deeper, more puzzling layers still to this deceptively simple little story. On another, and to us, perhaps even more vital level, it is a story about doubt and faith. Jesus is often leaving the disciples on their own while He goes off alone to pray. It’s true: He’s with them always, but not always in a way they can see, or directly perceive. Why He does this, He never explains. But He does it fairly often.

And this is where the Faith Thing starts to come into the narrative. Is Jesus testing them? Is this the opportunity for their faith to grow and mature? If so, you would have to say it didn’t work very well. On Good Friday, after three years with Jesus, the 12 don’t seem to have “grown” very much in faith, hope, or love.

Peter’s first day of being a Disciple, he was out on the boat, fishing, when Jesus commandeered his boat for teaching purposes, then took him fishing where Peter had caught nothing, told him to let down the net, and he caught so many fish, the boat was sinking and Peter was afraid, but when Jesus said: “Follow Me!” Peter did, leaving everything for Christ’s sake.

But on Maundy Thursday, Peter forsook Jesus, wouldn’t even admit to a servant girl he knew the Man. Worser, at the end, in the faith and courage thing than at the beginning!

At this point, the savvy bible student will say: “But Pastor; maybe it’s to learn what He tells them in John that ‘Apart from Me, you can do nothing’? Maybe He lets them fall, lets them stumble, lets them sink a little bit, so they learn always to lean on Jesus and not try walking on their own?” That is a very pious thought you have there. You should write that up for Portals of Prayer. Maybe work that “Footprints” poem into it?—where there’s two sets of footprints on the seashore, then just one set; but that was not where Jesus left us but where He was carrying us (or it could be, alternative reading: that Jesus just likes to levitate? Maybe that’s the water walking secret?) Anyway, great idea for the new vicar, maybe he’ll write it up? I’m sure it will be very moving.

Moving though your devotion is, I have some trouble squaring it with what our Gospel text actually says. Take a look at it, would you? and backstop me:

Jesus makes the disciples go off in the boat across the sea while He prays all night, alone. Around 3 a.m.-ish, the disciples are way offshore, having a rough time, beaten by waves, huge wind against them. And Jesus comes to them, walking on the water. They take Him for a Ghost and scream like little girls in terror.

But Jesus goes, all cool and laconic: “Take heart! Chill; I AM! Do not be afraid.” Peter answers Him: “Lord, if it is You, command me to come to You on the water.” I’ve always thought that is a strange, but absolutely beautiful, thing to ask. I mean if it were a Ghost, not Jesus, that would be the end of Peter, right?

But Peter gets out of the boat in tropical storm conditions. This is incredibly brave or foolish or thrilling or just “Yes! D. All of the above.” I won’t kid you. I love Peter for this. (I know Lutherans are supposed to like Paul best, but Peter, the Type T Apostle, is the man after my own heart). He sees someone (or Something?) walking on huge waves in a big storm and his only thought is “That looks cool. Gotta try that! Command it, Lord!”

And Jesus goes, “Well, get on out here!” And Peter gits. He walks on water! Maybe we focus too much on the sinking than the walking, sometimes? The man walked on water! Big water! Big wind! Huge waves! Yes! Peter does the physically impossible—walks the waves, like strolling in a lovely mountain meadow. And all his friends go: “Whoa!”

Peter goes “Whoa!” too. He thinks about it (too much thinking?) sinks, and sinking, shouts: “Jesus! Save me!” Jesus grabs him and goes (still standing on the water in the middle of a storm, let the reader understand!) “O you of little faith…” Peter’s like “What? I can’t hear You! Wind’s too loud!” and Jesus [shouting] “I said, why did you doubt?” And when they got into the boat, the wind ceased. And they worshipped Jesus saying, “Truly you are the Son of God.” (The origin of pg. 15, the Common Service!)

Here’s what’s strange to me. Because Jesus says “O you of little faith, why did you doubt?”, we assume that Peter’s sinking was lack of faith in Jesus. But I think that’s wrong. When he sinks, Peter immediately cries: “Lord, save me!”—which seems the standard definition of faith—relying on Jesus to carry us, “Footprints” style…

So, when Jesus chides Peter’s faith as little, it must be faith in some different sense than complete trust in Jesus to save us—in the sense of carrying us on His shoulders all the time like little lambs. Because Peter displays that faith constantly and it does save him!

You see my conundrum? It seems a bigger definition of Faith is needed to make sense of this Story…

Which a careful reading of the text gives us. Peter does not beg: “Lord, take my hand and lead me/ along life’s way…” (though that might make a good hymn). [Batman voice] No. Peter demands: “Lord, if it is You, command me to come to you on the water.” The text says “Peter got out of the boat and walked on the water and came to Jesus.” Note well: Peter walked! He wasn’t carried or held. He walked himself on his own two feet and Jesus grabbing him is failure, not fulfillment, of faith.

So: why did he sink?

2 Peter 1 says we are to become partakers of the divine nature. John says when we see Jesus at Last, as He is, we shall be like Him. The old fathers called this theosis—which, really, is the whole point of Christianity: not always to be carried like lost lambs (though we start there!) but to be made over in God’s own Image, ourselves: to be New Creations, not coddled perpetually like scared children but, finally, Someday, to end up like Jesus, as partakers of the Divine Nature, ourselves!

Peter sank… not from lack of faith in Jesus to carry him, but lack of faith that Jesus really could, somehow would, transfer His power to Peter by His Word. Peter doubted Jesus’ command “Come” would, Itself, make him like Jesus—a wave-rider, wind-lover, sea and morning Commander too…

Why did you doubt? Maybe ‘cause we treat forgiveness of sins as End, rather than means to theosis—total bodily, spiritual, transformation? Maybe ‘cause we suck the Romance, Danger, Delight, the sheer Awesomeness outta the Story, make it bland? Maybe it’s because we’ll settle for being a little bit better behaved; while the Psalms shout out: “you are gods”(!!!) who, like David, are satisfied only when “I behold Your face… when I awake… with Your Likeness.”?

He walks on stormy deeps, still, the Lord Christ. His footprints are not found. But His voice still sounds: “Come—get outta your boat, your old ruts, ways. Walk with Me. And, at My Word, become Wave-Masters, Wind-Stoppers, Morning-Commanders, too.” In the Name of Jesus. Amen.