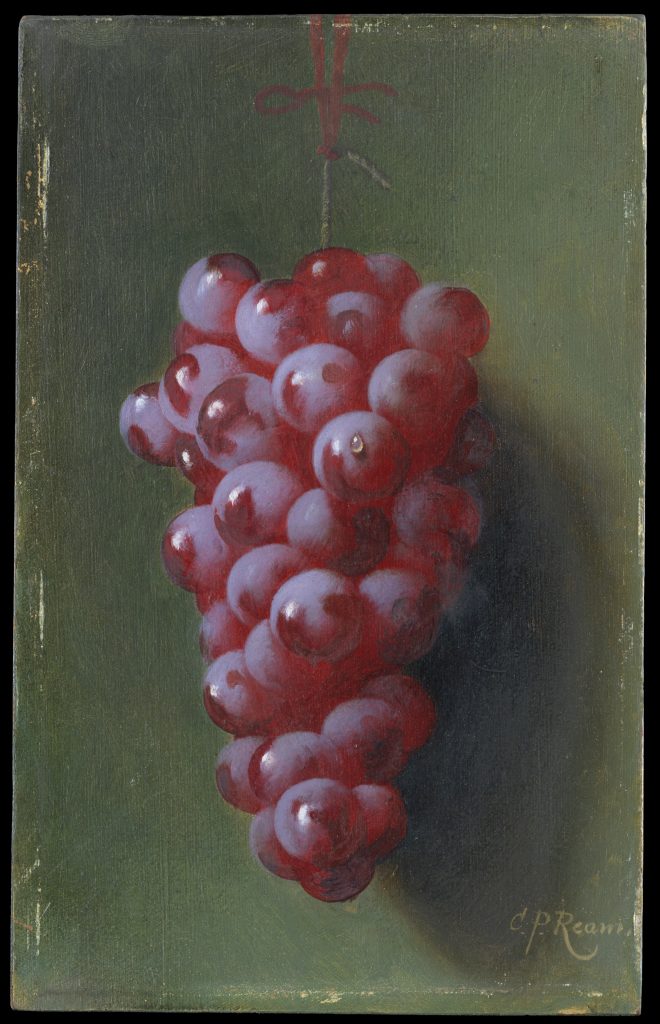 So, you heard about my first day in the Master’s Vineyard? I’d like to share with you this morning how days 2-7 went, because… I’ll bet you’re curious?

I was in Group A, onboarding first. To be honest, the orientation was a breeze. We’d all worked vineyards before, but this Place was like nothing I’d ever seen. It was like the Garden of Eden. All kinds of flowers, paths, fruit trees, mountains, lakes, streams, animals, songbirds, pretty excellent hawks. I thought I saw a lion for a second, but it didn’t scare me. Yeah; just being there was a delight. The inside of the Garden seemed far bigger than the outside. It was endless; you could just lose yourself exploring. And the Vineyard itself was amazing. Never seen grapes like that. They practically picked themselves.

There were no foremen. The Master Himself oversaw everything, but it wasn’t like work. He just pitched in next to us and we followed along, He told stories, we ate and drank, and His Company made the time fly. It was like He unlocked something inside that you never knew was there, some bright, spooky Radiance. Like Peter says in “Office Space”, it was like spending the day fly fishing on the most beautiful Montana River.

We had a nice lunch, and just lay around in the grass talking with the Master, shooting the breeze. Before I knew it, a golden sunset bathed everything and He was paying us. Never have 12 hours flown by like that. Honestly, I would have paid Him for the privilege of just staying there, especially past sunset…

But you heard how pay time went. I hate to admit it, but since I was literally the first one hired, I was the guy who complained when I saw we all got the same pay. I don’t know what got into me, ‘cause like I said, I would have paid Him, but justice, fairness, you gotta stand up for your rites, right? The principle of the thing! I was exaggerating that “we have borne the burden of the day and the scorching heat”. It was no burden, really; it was like 72* and sunny with no humidity. The line just sounded good and came from some little voice inside that wasn’t really mine.

I can still see the sad (but friendly?) look in the Master’s eye when He answered me, wistfully, “Do you begrudge My generosity? Can I not do what I please with My own Stuff?” It was a long, lonely walk home. I told my wife about it. She was like “Are you going back tomorrow?” And I’m like, “Yeah. I’ve got a plan.”

So, Day 2: I sleep in till noon. My wife is like “Don’t you want to go back to that awesome Place? You made some good friends, had a great time, and got a denarius.” I’m like, “I’m going, but on my own terms.” I ambled out to the marketplace at 5 pm (after what was, honestly, a pretty lousy day). And sure enough: there were a couple stragglers as always, day drinkers hanging around; and there’s the Master. He does His, “Why are you standing idle all day?” His eye caught mine as He said it, but I look away. We all piled in the back of His truck and went to the Vineyard.

The hour from 5 to 6 flew by. The pay line formed. He called Group F, the last, mine, up first and gave me a lepton, 1/12 of a denarius. I was like “Hey! No fair! Yesterday You gave everyone a denarius regardless of how long they worked! What gives?” With a glint in His eye, He goes, “Yesterday your troubles seemed so far away. Can’t I do what I want with My own stuff, today…? I went home hot.

I spent all Day 3 organizing a union. I pointed out how this Guy is pretty high-handed. Who does He think He is, anyway, with no work rules, no pay-scale, no benefits or paid vacation? He acts like God Almighty, like He made it All, the whole Garden, out of nothing! He’s just another rich capitalist and we need to stand up for our rights. That’s how “Vineyard Workers—Local 507” was born. That evening, the Master went totally gonzo on the pay. Some guys got 5 denarii, some 3, some 2, and I got a hearty handshake and “thanks for coming” along with the other Local 507 members. We all went home furious…(!)

Day 4: my Local 507 crew (our numbers expanded, miraculously!) didn’t go to the marketplace at dawn. We went right to the Vineyard (had trouble finding it, oddly enough, though we’d been there before) and set up a picket line. We got WRAL out to do a story on the tyrannical Owner endangering public safety with His lack of any OSHA safety rules or benefits. A few scabs somehow got through our lines, even though we tried to stop them. There’s a high wall around the whole Garden, but no way to peek inside, and the scabs (sometime after 6?) must have slipped out a secret gate.

Day 5: I got up feeling bad. I believed in the justice of my cause, but honestly: I missed being in the Garden. I missed the Master’s Company, weird though He is. But I stuck to my guns. About the third shift, around noon, when He comes in with a few stragglers, we seize Him. He doesn’t resist. I fingered Him (He blends in with the crowd) and said “This can’t go on! Let’s kill Him and seize the Vineyard in the name of the People and run it on solid, Democratic Socialist Principles!” I hadn’t planned this, at all! The words came out of my mouth but it was like some dark force had got hold of my head and heart and mouth. It wasn’t really me, talking. But a mob formed. They grabbed Him and hustled Him over to the quarry and stoned Him to death and threw His body in an unmarked grave nearby. We trashed the Vineyard in a mostly peaceful protest and went home.

Day 7: I went back at dawn. I don’t know why. Sitting in the Vineyard’s broken gate, I notice a gardener cleaning up the damage. I ask Him what, exactly, He’s doing here? And when He says my name, I recognize Him—the Master! He’s back! YES! Another friend of mine’s there too, and the Master goes: “You look hungry and sad. Come and have breakfast.” We have broiled fish, bread, wine, cheese, fruit. It’s truly a Feast; and as He’s giving out the Bread and Wine and saying something about forgiveness, His Body, His Blood, our hearts are burning and He goes: “If you want, you could become all flame.” And turns to Flame Himself(!) and ascends like Lightning to heaven!

So, now: we all keep hanging in the Vineyard, recalling the Story, sharing the Supper—waiting for The 8th Day when He returns; and Peace, surpassing understanding, guards heart and mind in Christ Jesus. Amen.