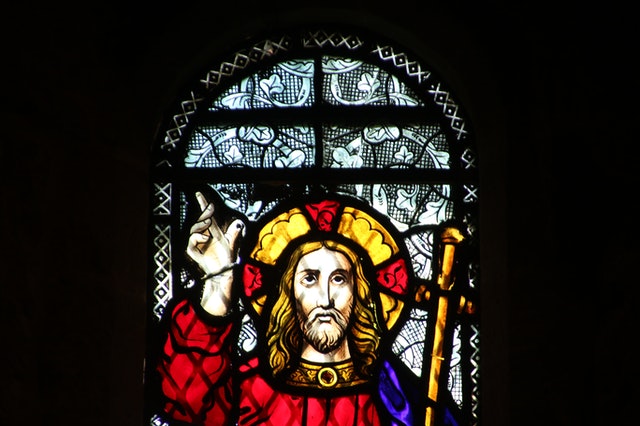 What a promising beginning Nicodemus and Jesus have at their first meeting… not! Nothing about this exchange suggests it will be the beginning of a beautiful friendship, anymore than Bogie’s and Louis’ first meeting in Casablanca. It really could hardly have gone worse, most would say! And yet… OK, I shouldn’t do this, but I’m giving away the end right here at the beginning. Because it’s only when you know how things end up with Jesus and Nicodemus that you really look deeply into our Gospel today, maybe fully appreciate it.

You have to go to John 19:38-42 to see how this movie ends. An ending at least as good, to me, as Casablanca—a great movie, a terrific ending. At their first meeting, Jesus basically calls Nicodemus an idiot and marvels how he, as Israel’s teacher, can possibly be this stupid?! “Did you go to divinity school, man?” (I’d say Nicodemus has Harvard div school stamped all over him). “Did you ever go to Sunday (uh, Saturday) School? Have you grasped the simplest things of the Faith? Apparently not!” Jesus ends by branding Nicodemus an unbeliever, a stranger to the Faith. A beautiful paradigm of missional outreach, right here—tell it like it is, don’t sugarcoat it, don’t pull any punches, just let the chips fall where they may. Jesus makes entry into His church difficult and uncomfortable—downright humiliating. What a way to keep the church small and exclusive—the right crowd and no crowding! Jude Law’s Young Pope is definitely (surprisingly!) onto something genuinely biblical here…

Which makes the ending of their story so awesome, so unexpected, so beautiful. We don’t hear anything from Nicodemus again, except in chpt. 7:50 when he asks his fellow Pharisees on the Sanhedrin if maybe they shouldn’t give Jesus a trial and then condemn Him? Nicodemus is ridiculed for this suggestion, and you figure that’s the

end of his story.

But, you’d be wrong to think that! Just like Bogie and Louis the collaborating French police chief who’s always hounding Bogie, end up, at the end of Casablanca, going off to fight Nazis together (also a beautiful foundation for friendship) so Nicodemus and Jesus end up side by side in The End…

John 19:38 ff: Jesus has just died and His side has been pierced by the soldiers to make sure He’s dead (He is). All of the disciples forsook Him and fled, because none of them wants to admit knowing Him lest they end up on a cross of their own, which is none of their ideas of a happy ending to their stories. The Romans are just going to leave the bodies on the crosses for buzzards and vultures—for a statement to the rebellious Jews.

But two guys show up at Pilate’s headquarters in the gathering gloom of Good Friday—the only two who will, at this point, admit knowing Him at all. From tens of thousands shouting and hailing and worshiping Him the previous Sunday to just these two guys. That’s how fickle fame is, my friends! Don’t trust it—or popularity!

Pilate was no doubt shocked to see anyone show up admitting fanhood for the fallen Messiah. One of the guys is Joseph of Arimathea, a secret disciple, and the other, you guessed it!—is Nicodemus! They ask Pilate if they might take away the body of Jesus, and Pilate, no doubt stunned, gives them permission. You have to remember it was more likely Pilate would have ordered their immediate crucifixions than giving them permission. This was a very risky move, a very brave, but rather foolish thing for them to do. None of the Apostles or Jesus’ family are there! So why these two?

John, beautifully, doesn’t say. He just lets the mystery, the folly of it, just kind of hang there. Maybe Pilate just figured there’d been enough darkness, enough killing that day? “Lot a killin’ in that one.” Nicodemus brought 75 pounds of myrrh, aloes, linen cloths, burial spices. Go big or go home! They did it up. Did it right. A burial fit for a King.

When Bonnie and I were at the Church of the Holy Sepulchre in Jerusalem a couple years ago, thanks to your generosity, one of the most moving sights in the whole awesome place, for me, at least, was a little stone slab just inside the (rather dark) entrance. It’s below the balcony where Golgotha is and 20 or so yard from the tomb. People hang flowers, icons, crosses over the slab and bring water. They pour water on the stone, take a fine cloth, wipe the water from the stone and take it home, carefully preserving it. Because this is supposed to be the stone where Nicodemus and Joseph laid the Lord’s Body and washed It for burial, anointed and wrapped Him with the shroud. The whole church is a powerful place of great Mystery and awe but that spot hit me especially hard. It was like I could, just for a second, see the two of them; in the gloom, with such devotion, care, such otherworldly faith, hurrying, hustling to beat the setting sun, washing the blood away, wrapping Him carefully, then carrying Him to the tomb.

It hit me standing there that “claiming the Body” is what all Christians do, finally. This is the essence of the Faith, claiming the Body, that is pierced and broken, for our own—God’s dead Body, done for now, that can’t possibly do anything for us, anymore. At risk of our own lives, that foolish act of devotion, that act will define Nicodemus and the Faith we share with him forever. If I could be part of any scene in Holy Scriptures, I’d wanna be the third in that company—Nick and Joe and me. It seems, still, to me, the place you most want to be—the place where the beautiful friendship truly begins.

But what in our Gospel foreshadows that beautiful ending? How in the world did Nicodemus get there? How would you or I possibly get there?

I know it is commonly believed—especially by the young people in our hyper-competitive modern world—that if you don’t get off to a good start, the right school, the good grades, great first job, the brilliant knowledge, the foolproof plan—you’re doomed, stuck, and you’ll never amount to anything. Unpromising beginnings lead to lousy endings!

But we see with Nicodemus that is simply not true—or to be precise, it is not true in the way we think it is true. There is something good in this inauspicious beginning. What could it be?

Jesus ridicules Nicodemus as massively ignorant and worse, unbelieving; he can’t grasp earthly things. How in the world can Jesus speak to him of Heaven? Unless you are born anew, from above, of water and the Spirit, you’ll never get it!

The one promising thing I see here is when Jesus says: “you do not understand these things!?” And Nicodemus says… nothing. By his wonderful silence, he admits: “I don’t understand!” Thus begins the wildest ride, that’ll bring Nicodemus to the foot of the cross, claiming Jesus’ Body. Faith doesn’t happen how most people think: we don’t amass facts, and believe when we understand. That isn’t the Way! Rather: we believe in order to understand! That’s the beginning of a beautiful friendship…(!)

The oracle at Delphi told Socrates he was the smartest man in the world. Socrates said: “But how can that be? I don’t know anything!” The oracle, basically, says: “knowing you don’t know is real knowledge!”

And so I would stand with Nicodemus at this promising beginning point. Because, when our silence confesses we don’t know, don’t understand a thing(!) not earthly, and surely not heavenly, the door of Faith opens, the tiniest little crack. And through that crack in the universe, by Word and Sacrament, by grace, through faith alone, we claim the Body; and the most beautiful friendship ensues which is Peace surpassing understanding, guarding heart and mind in Christ Jesus. Amen.