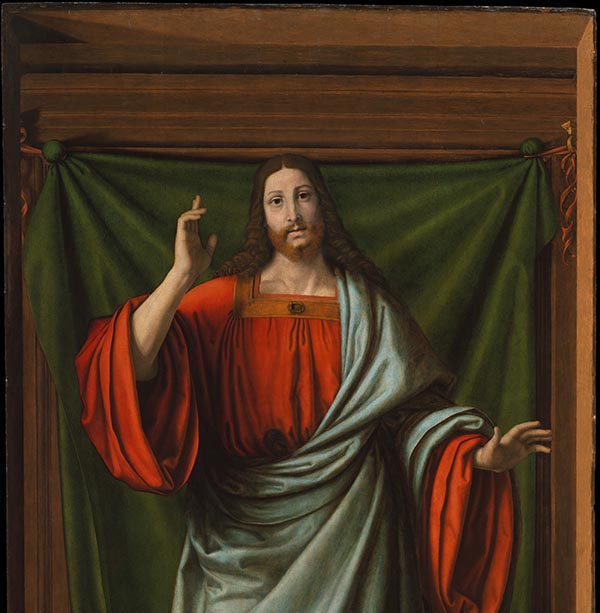 Anyone who thinks Jesus doesn’t have a wry sense of humor should ponder the end of our Gospel reading today.

Jesus continues his original ordination/sending of the 12 Apostles, the first pastors of the New Testament, the first part of which we heard last week. After telling them not to chase Gentiles, not even to enter the towns of Samaritans (the heathens) but to go only to the lost sheep of the house of Israel (the Church!) and preach the Gospel, heal the sick, stay where their peace rests on a house (a synagogue/congregation of Israel) and shake the dust off their feet (rather theatrically) where they are not welcomed and shout over their shoulder, on their way out of town, that Sodom and Gomorrah will fare better on the last day than that unhappy place (!), Jesus continues…

“Brother will deliver brother to death, and if you escape your brothers, watch out for parents!; and if you escape the parents, your own kids’ll be seeking your life too, because you will be hated by all for Christ’s sake! But the one who endures to the end of this gauntlet will be saved, so there is that little ray of sunshine in an otherwise fairly dark and stormy world. Oh, and did I mention the persecutions? Yes, when they persecute you in one town (which will happen quite often) flee to the next, but hey, another ray of sunshine: you won’t get through all the towns of Israel before the Son of Man returns. Hey; you get to see the world! Exciting!

“A disciple is not above his teacher, nor a servant above the Master. Being like the teacher, the Master, is reward enough, trust me. If they called the master of the house Beelzebul (variously translated as Satan or Lord of the flies), how much more those of his household? Do you seriously expect to fare better in this dark world than the Light of the World himself? OK, then!”

Sure glad stuff like that doesn’t happen today! Really, who would not want to sign on? What a way to live, right?! Danger. Excitement. Adventure. Zombie Apocalypse, most every day. I can see the Apostles just chomping at the bit to sign up and start today—not! No; at this point in the ordination, I see their countenances fall, their worried looks, their furled eyebrows. Why indeed would anyone want to sign up for this? Jeremiah, in our OT reading, had a belly full early on, had a bad feeling about this prophet gig from day one. He tried to get out of it, pleading he was too young to be ordained! When he opened his mouth, like magic!—violence and destruction. When he tried hiding his little Gospel light under a bushel, his bones grew weary of holding it in. Can’t win for losing.

Peter must be thinking, at this point in the ordination sermon, that first instincts are usually correct. His first instinct, meeting Jesus, was to worship him, and then beg him to leave him alone. Ah, to be back out fishing! That was a good life. This, this is just… nuts. I mean, c’mon; you were thinking that too, at this point in the Gospel reading right? I always am. “Why did I sign on for this?” is my usual thought at this point. “What was I thinking? Was I thinking at all?”

And then, with a smile, Jesus tells us why we signed on. Why Peter, James, John, Matthew, Thomas become household names, like mono-monikered rock stars; why, in later years, men would call their dogs “Nero” and their sons “Paul”. Why, despite the hate, the persecutions, the death threats, the danger, the difficulty—this is the Way. Why it’s a pleasure and privilege every day to get up and get to preach the Gospel and administer the Sacraments in Christ’s stead, get to re-present Jesus, act like we’re him; an act that’ll eventually turn Real.

Because… this is the way to banish fear. Imagine a life without fear of… anything! Nothing frightens, nothing dismays, nothing scares you. What would it be like to live like that? Like a Jedi, but better. Jesus has just given an impressive list of the things most people are most afraid of, the things that rob our lives of purpose, power, and joy: families turning on you, hating you, people trying to kill you (and succeeding!), unfriended by everyone on Facebook, your account suspended. Treated as worse than dirt, can’t even get a seat in church, denounced as devils and destroyers. A bounty on your head. Outcasts. Homeless wanderers.

Now, what if all that happened and it just made you… laugh? What if it didn’t bother you, couldn’t move you? What if, when everyone else is ducking and covering, you’re just sauntering along, whistling a happy tune? What if death and destruction and hate and chaos just make you go “Is that all you got? You hit like a little girl!” When the Apostles got a thorough police beating—within an inch of their lives(!), they laughed, rejoiced, on the way home, that they were counted worthy to suffer shame for the sake of the Name of Jesus.

Such insouciance is what Jesus gifts us threefold, here. 1) “So have no fear of them, for nothing is covered that will not be revealed, or hidden that will not be known.” His Word, His Sacraments, will bring the hidden truth to light and life in us, unfailingly. If you have that, you have everything!

2) “Do not fear what only kills the body but cannot kill the ψυχη” in Greek which is not exactly “soul” as most translations have it but is literally the life, the animating principle that gives life to our mortal bodies, the breath God breathed into Adam. “Soul”—in the sense of the power that makes life divine. In an increasingly soul-less technocracy, that is a precious gift indeed.

And then the humorous part. “Are not two sparrows sold for an ασσαριον?” (I checked: that’s about $6.25, today) “and not one of them falls to the ground apart from your Father. 3) Fear not! you are of more value than many sparrows.” Can you see their faces? See the Apostles go: “Huh? How many sparrows? Like millions and billions, or like ten or twelve? What are you saying here, Jesus?”

It’s dangerous to explain a joke, but I’ll risk it; because the Gospel itself may just hinge on getting the punchline. We would prefer Jesus to say: “all the gold in Africa”, or “all the money in Bezos’ account”, when he puts a value on us. But when he says we’re more valuable than many sparrows?!? we’re supposed to go: “What?! How many sparrows?”

The point is: Jesus measures value differently. He judges danger differently. What is little to us means much to him. The world will value our lives no more than a couple dozen sparrows. But Jesus loves sparrows—a lot! Who knew?

“So, everyone who acknowledges me before men, I also will acknowledge before my Father in heaven.” 🙂

We may die fearsome deaths, like the children in Narnia, in “The Last Battle”—dirty, hated, ambushed, chucked into a dark stable (where there be monsters!) to die. But when we open our eyes, raised, embraced by Jesus, and he goes: “Friend! I’ve been waiting for you. Hey, everyone: meet my best friend… now the party can start!” Well, then! As Luther says: if we could see the heavenly compensation for a single tear shed here, we’d wish we’d cried a river.

You can live this life of derring-do, of danger denied, dismissed, delighted in. The only thing to fear is: Jesus not knowing you as his friend. Now, in the Lord’s Supper, he promises: “whoever eats my flesh, drinks my blood, does this into my remembrance”—into Jesus’ everlasting, eternal knowing; where there’s Peace, surpassing understanding, guarding our hearts and minds in Christ Jesus. Amen.