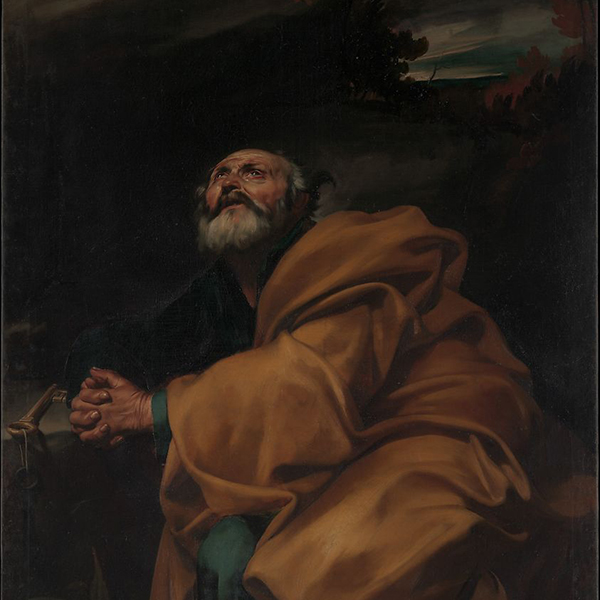 If you asked 10 random people in America today: “What is the goal of Christianity?” I would bet 9 of those people would say “Love.” If you asked the 9 to elaborate on what kind of “love” they have in mind, I bet 8 of them would say “to love one another—to have peace and unity on earth.”

What would the two outliers say, you ask? Well, I think the first one out of 10 would say the point of Christianity is “Salvation—by faith in Christ Jesus for eternal life.” And I think the 1 outlier out of 9 who didn’t say “love one another” is the whole point of Christianity would say “love of God” is the point, “but: only insofar as it produces greater love for family, friends, community, and nation.” Love of God that produces hate for other people would not be godly, our second outlier would insist, which makes her no real outlier at all.

I could be wrong about this. But I’ve been asking this question and reading with great interest different answers to the question of “the point of Christianity” for the better part of the last 40 years. Getting to the point of Christianity has been my day-job for over 30 years. My teachers and mentors in college and grad school were obsessed with the question (and were pretty smart!) so I am pretty confident that my conjectures are not too terribly wide of the mark.

The view that the point of Christianity is luuuv: love for family, friends, community, nation has a lot going for it. It enjoys, as I’ve wagered, 90%+ support in the modern world. It makes lots of people feel good. It draws a crowd. It unites people from all walks of life. It has everything going for it, except this one, little, very slight, drawback: it’s dead opposite of what the Lord Jesus Christ says is the point to it all. Other than that slight difficulty, it’s a great answer.

Jesus says the point is to love Him as God above all else: “Do not think that I have come to bring peace to the earth. I have not come to bring peace, but a sword. For I have come to set a man against his father, and a daughter against her mother, and a daughter-in-law against her mother-in-law (last one not so tough, really?). And a person’ enemies will be those of his own household. Whoever loves father or mother more than me is not worthy of me, and whoever loves son or daughter more than me is not worthy of me…”

Jesus! Are you serious? Bad answer, Jesus! What will we do with you, Jesus?

It’s even worse when he revisits the question later in Luke’s Gospel, 14:25-26 where he turns to the crowds that followed him and goes: “If anyone comes to me and does not hate his own father and mother and wife and children and brothers and sisters, yes, and even his own life, he cannot be my disciple.” Whaaat? Hate is not a family value, Jesus. It’s not a Christian value. What will we do with you, Jesus?

Indeed that’s the question, isn’t it? What will we do with a Jesus who does not see the point to Christianity as 90% of the world sees it—to love one another, to have peace and unity on earth? What will we do with a Jesus who’s a divider, not a uniter, who gives hate a chance? I will tell you what most have done: they’ve just glossed his words to mean the opposite of what they plainly say. They’ll tell you this is a theoretical problem that only arises with those hateful fanatics who think earthly peace, health, and safety are not the very gifts Jesus promises and desires. “I mean, it’s not like he tells us to give up life itself for love of him, right?” Uhm… “In practice, looking for world peace, health, and safety and good family relations will always make Jesus happy, so not to worry, right?” Uhm…

Or they will just ignore Christianity, and become secular which is a more honest way (to be honest with you) and is the tack a growing majority of the populace in our country today are taking. Genuine Christianity has never been popular precisely because it doesn’t lead to the earthly peace and security most crave. Where Christianity has been popular, it’s usually not the genuine article.

What will we do with you, Jesus?

Here’s the thing: that question: “What will we do with you, Jesus?” presents a problem. There’s basically no way to answer it that isn’t heretical (Pelagian)—because it puts us squarely in the driver’s seat of life with Jesus in the back, somewhere.

It invites us to think we can use Jesus as a means to our own ends. And God will not be used as a tool in our hands to accomplish our self-chosen goals. The question is not “What will we do with you, Jesus?” The question is: “What will Jesus do to us?” especially given our sins and all.

The 1st Commandment is “You shall have no other gods.” What does this mean? “We should fear, love, and trust in God above all things.”

Which is to say God can never be a means to our own ends. He is the Alpha/Omega, Beginning/End. The goal of life is for us to be used, happily, faithfully, to His Ends.

The word for using God for human ends is blasphemy. Many’ve tried it: Pharaoh, Saul, Sennacherib, Nebuchadnezzar, Nero, many Bishops of Rome. Adam and Eve used Him and the tree to gain forbidden knowledge. They chose… poorly. Jesus will not be used by you or me.

All my life I’ve seen our culture sliding slowly (lately, more quickly) toward normalizing blasphemy and like frogs in a slowly boiling pot, not many will jump out. When worship becomes a means to our ends of health, safety, happy families, then blasphemy has become normalized. When the Divine Service is monkeyed with, or worse, branded a health hazard, a fork in the road has appeared. And if you see Jesus as a means to your ends, you’ll part ways with him, for a while at least, at this fork.

But… if you see Jesus as The End rather than a means, well then; when he says “whoever does not take his cross and follow me is not worthy of me. Whoever finds his life will lose it, and whoever loses his life for my sake will find it.” You’ll go: “Screw it. I’d rather get chucked in a lion’s den with Daniel than lose touch with Jesus!” This is the Way; the Road Less Traveled By. It makes all the difference.

Fair warning!—it will cost you if you go that Way with Jesus. Friends’ll turn on you. Family will be against you. People will say you’re a nut. There’s a reason it’s a little traveled road!

At this fork in life’s way, a connection must be cut: either with Jesus, or with the world. So, which connection will you cut? Did you see how Jesus ended up, on Solsbury… uh, Golgotha’s hill? Crucified! Bleeding, dying, abandoned, forsaken by all—even his own Father! Laid in a stranger’s tomb, friendless, forlorn…

Well… see him risen? See Jesus victorious over sin, death, and hell? Maybe hear him say: “eat my flesh, drink my blood, and you will have eternal life”? But I can’t, you can’t do that with Him. Only Jesus does that, to us. Here, now, he’s Present to do IT, through faith alone, by Word/Sacrament, his cross cuts our worldly connections, hooks us up with heaven; where Peace, surpassing understanding, guards heart and mind in Christ Jesus. Amen.