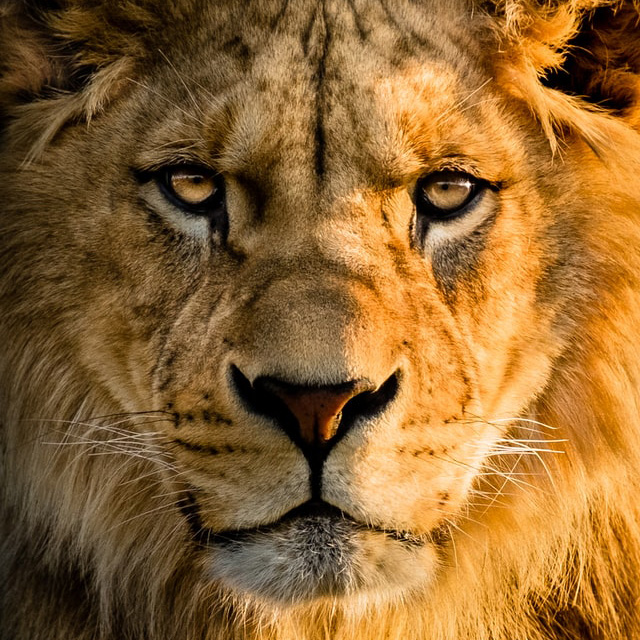 “In the world but not of it.” Such is the relationship of the Christian to the world according to our Lord Jesus in our Gospel reading today. In verse 6 of our Gospel today, Jesus prays to His Father: “I have manifested your name to the people whom you gave me out of the world.” In vs. 11 He says: “they are in the world” and if you read on, Jesus makes clear in verse 14 the crucial conundrum: “I have given them your word, and the world has hated them because they are not of the world, just as I am not of the world!” So, Xns are in, not of the world.

I want to think through this carefully with you today. It seems maybe no teaching of our Lord is more vital for us now, in these troubling times when the world (by way of the state) has seriously restricted, even attempted to forbid the church’s public worship of Jesus in the customary manner. Now, this has happened many times to other Christians in history—though probably it’s a first for most modern Americans.

But, fear not! This is still going to be an uplifting sermon, my third in a row, not that anyone’s counting. Because Jesus is quite clear that to be lifted up by Him, raised to Heaven—at the Last, bodily; but even now, by faith and Holy Communion with Him in His Church—will involve a life and death struggle with the world first.

The world and Jesus are not on great terms. This is clear from Old and New Testaments. The world is under the influence of the devil and has been hating on and harassing Jesus and His Church since the Garden of Eden.

Jesus pointedly says: “I do not pray for the world”! Jesus (somewhat surprisingly for those who don’t read the Bible much) doesn’t give a fig for the world that hates Him. He came to rescue His sheep from the world—not to woo the world! Modern Christendom is deeply confused on this important point: the conventional modern view that Christ’s mission is directed to the unchurched world rather than solely to Jesus’ own sheep is not what Jesus says here or elsewhere in Scriptures. But, as He says, the world hates Him and those who are His. He didn’t come to turn wolves into sheep but to rescue His little flock from the wolf pack of the world.

We have all been faced with a terribly consequential conundrum in the last couple months: do we believe that life and health, and every good comes from obeying the counsels of human princes, or from trusting Jesus? And what if they disagree on what life and health involve exactly? For instance, hypothetically: what if the state says “regular worship, especially communion, spreads disease and death! Stop it, now!” while Jesus says: “unless you eat My flesh and drink My blood you have no life in you!” Houston, we have a problem, right?

Whom do we believe? Whose counsel should we follow? Is there any way to resolve the conflict?

I’d love to talk with you about happier things! But I’m committed to preaching the Gospel text for the Sunday appointed, fleshing it out as best I can. This one today pictures the world and Christ in conflict, with Christians caught in the crossfire. I wouldn’t call it politics; I’d call it applying Scripture to our life today. I’d call it preaching. And I’m sorry to break the news to you, but: the American state (despite the rhetoric) is part of the world, not a corner of Christ’s Kingdom.

Remember when they asked us in Sunday School, when we were little: “Would you stop coming to Church if were banned?” We said, “No way!” A very good answer! Now, we find: “easier said than done!” right? We’ve been bombarded by persuasive reports that Church is actually harmful to public health. And it’s tough to resist that (20th century Christian dissidents witness: various totalizing regimes all agree church is bad for you!). We never thought it would happen here, church and state so sharply at odds, but Luther warns the Gospel is like a summer thunderstorm…

Listen to Luther’s words as the late, great Lutheran theologian Hermann Sasse quotes them in his essay Ecclesia Migrans (“Wandering Church”) [which we will be studying this Wednesday at 7 pm!]

“Germany, I am sure, has never before heard so much of God’s word as it is hearing today; certainly we read nothing of it in history. If we let it just slip by without thanks and honor, I fear we shall suffer a still more dreadful darkness and plague. O, my beloved Germans, buy while the market is at your door; gather in the harvest while there is sunshine and fair weather; make use of God’s grace and word while it is here! For you should know that God’s word and grace is like a passing shower of rain which does not return where it has once been. It has been with the Jews, but when it’s gone, it’s gone, and now they have nothing. Paul brought it to the Greeks; but again when it’s gone, it’s gone, and now they have the Turk. Rome and the Latins also had it; but when it’s gone, it’s gone, and now they have the pope. And you Germans [*cough Americans *cough] need not think you will have it forever, for ingratitude and contempt will not make it stay. Therefore, seize it and hold it fast, whoever can; for lazy hands are bound to have a lean year.” (Ecclesia Migrans, Sasse’s “Letters… v1”, pg. 211)

Jesus says without His Word and Sacrament, without His Body and Blood we perish. The world (through the mouthpiece of the state) says we perish (and spread disease to others!) if we do as Christ commands! It makes our heads hurt. Whom do we trust? Governors? Experts? Or Jesus? Well; I know Whom I have believed, but I also appreciate how very difficult it is to live out that faith in the world today—how tremendously wearying and conflict producing; howe divisive in one’s own household. I wish it would stop.

“So, level with me, Pastor: is it safe to come to the Lord’s Table?” Well..not as the world counts safety, it’s not! The Lord’s Supper has never been safe for everyone! It’s the common cup that will get you, though—no; 1 Cor. 11:29-30 says it’s only lack of faith, contempt for Christ that can be deadly. Paradoxically, for those filled with doubt, fear, the troubled, dying sinner, the Sacrament is the Medicine of Immortality!

I recently re-read the Narnia story “The Horse and His Boy”. There’s a scene that pictures well the fear (and the joy) in coming to Christ (‘cause, I won’t kid you, it can feel… dangerous). Near the end, Hwin, a talking, Narnian horse is gathered with her friends—they think safely—when a huge, golden Lion bounds over the wall. Her friends cower in fear. Shaking, trembling all over, Hwin trots over to the Lion. “Please,” she says, “you’re so beautiful. You may eat me if you like. I’d sooner be eaten by you than fed by anyone else.” Aslan plants a kiss on her nose and says: “Daughter… I knew you would not be long in coming to me; joy shall be yours.”

The Church is always wandering through a dangerous world like this. The fear of coming to Jesus can be as great as the fear of not coming! He is not a tame Lion!

Sasse concludes his essay by saying the Church basically ignores the state. Her eyes are fixed on Jesus. So…

In, not of. We’re… travelers, passing through.Wandering, but not lost. This is the Way. Fed (or all ate up) by Jesus, we fear nothing but losing Him. Just so, Peace, surpassing all understanding, guards our hearts and minds in Christ Jesus. Amen.